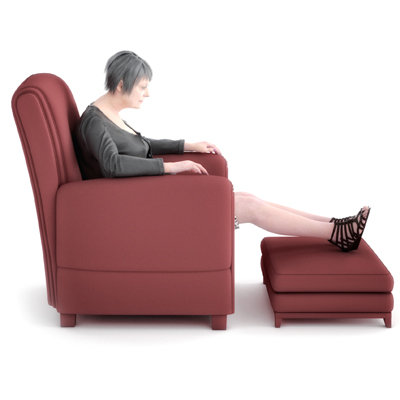 Joan, 89, had an aortic aneurysm, Alzheimer’s disease, osteoarthritis, and was at risk of skin breakdown and falls. The chair she sat in offered no head support and meant she was at risk of choking. She needed the help of two people for hoist transfers.

Joan was part of the control group during the research project which meant that she remained in her existing nursing home chair for the duration of the research whilst being monitored by the research team and Occupational Therapists. The chair Joan was using was broken, and the back angle recline wasn’t functioning. In addition, the chair was much too wide for Joan, and didn’t provide postural support.

Joan would slide from the chair because it was too wide, and she required regular postural correction. Her postural issues included little head support, signs of curvature of the spine and this had effects on her physiological functioning and respiration, with recurring chest infections. Tight hamstrings were thought to contribute to posterior pelvic tilt.

The caregivers were sensitive to Joan’s needs and understood when her physical gestures meant that she was uncomfortable or required repositioning. When Joan sat forward in her chair they repositioned her and this took up staff time. Sliding down her chair increased Joan’s risk of falls. The caregivers also began to notice areas of red skin on her lower back as a result of sitting in a posterior pelvic tilt. 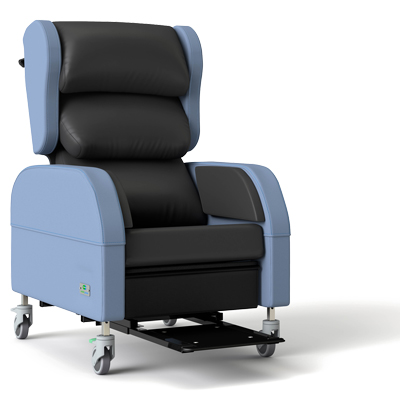 At the end of the 12 week period Joan was reassessed and many of her postural problems remained; posterior pelvic tilt, onset of kyphosis of the spine, and a decrease in oxygen saturation levels by 6%.