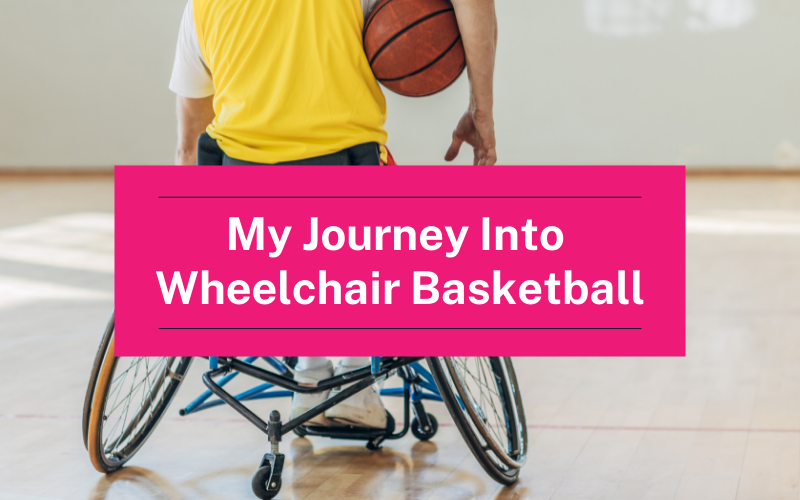 Welcome to Independence Mobility’s brand-new blog series; Breaking Boundaries. Within this series, we hope to inspire, educate, and push the boundaries for those living with disabilities.

In our first blog, we caught up with John Robinson who is a true example of someone living their life to his full potential. His inspiring journey with wheelchair basketball began as part of his spinal rehabilitation and took him on a truly exciting journey from team member to a successful basketball coach. 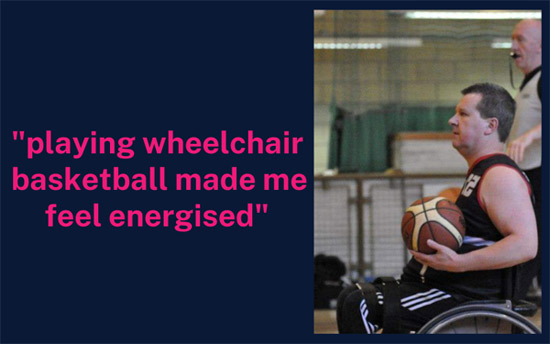 How did you first get introduced to wheelchair basketball?

I was first introduced to wheelchair basketball as part of my rehabilitation in the spinal injuries unit in Sheffield after my accident in 1984 but didn’t take it up seriously until 1990 when I joined my local team, Sheffield Steelers.

What were the benefits of playing wheelchair basketball?

Playing wheelchair basketball made me feel energised and it was a great way to keep fit. I also made lifelong friendships from being part of a team.

How often did you have to train?

I began training with the Sheffield Steelers twice a week and really enjoyed it! A typical training session was around 2 hours as your fitness and concentration tend to go if you train for too long.

Where did your basketball games take you to?

I played all over the UK and Europe as part of the Steelers squad. One trip I remember well was when we flew into Barcelona and then drove across Spain in hire cars to Zaragoza! 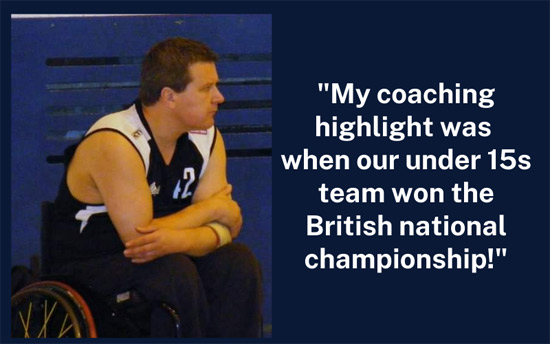 How did your wheelchair basketball coaching career begin?

It was 1996 when I became interested in coaching. I then became a qualified coach and enjoyed teaching beginners and the younger players the fundamentals of the game. These fundamentals include skills such as passing, catching, shooting, wheelchair skills and maintenance too.

I also coached teams in the lower leagues and the development game. I had over 24 years of playing and coaching until I then retired in 2014.

What was your wheelchair basketball coaching highlight?

My coaching highlight was when our under 15s team won the British national championship! 3 members from my team are now playing in the Paralympics for Great Britain.

Do you need a specific wheelchair to be able to play?

Yes, you do need a specific basketball wheelchair as they have cambered wheels and anti-tip bars for safety.

How can someone get involved?

For anybody interested in playing or coaching there are many teams in the north of England, based in Sheffield, Wakefield, Leeds, Oldham, Lancaster, Calderdale, and Newcastle. Anybody at any level can play, even non-disabled people as each player is classified according to their ability. However, able-bodied players are not able to take part in the Paralympics.

What one piece of advice would you give someone wanting interested in wheelchair basketball?

If you’re interested in playing wheelchair basketball my advice would be to find your local club and give it a go. What have you got to lose?

More information on basketball and details for your relevant club can be found on the Great British basketball website: britishwheelchairbasketball.co.uk

Do you have a story to tell and would like to feature in our Breaking Boundaries blog series? We would love to hear from you! Contact us hello@independencemobility.co.uk