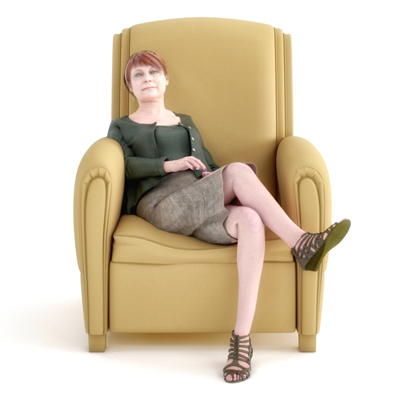 Martha was 84 years old with a history of COPD and had rheumatoid arthritis. She was a high falls risk and used a stand aid for transfers. She also had a history of previous skin breakdown on her sacrum, having delicate skin which would mark or bruise easily.

Martha was in the control group during the research project and so remained in her existing nursing home armchair which had a very wide seat and high arms. The oversized nature of her chair offered her little external support and as a result she often fell to the side or leaned to one side for stability. The depth of the seat was too long which caused her to slide forward which in turn increased shearing forces on her buttocks and sacrum. The chair lacked integral pressure management which Martha needed due to her history with skin breakdown.

Caregivers reported that Martha was in pain and discomfort throughout the 12 week study, but they felt that there was little they could do to improve her position and comfort which was frustrating for them. She needed repositioned throughout the day every 3-4 hours. The effects of gravity coupled with her recurrent transient ischemic attacks (TIA’s) meant she would constantly slump forward in her chair which made her adopt a posterior pelvic tilt seating position.  This position impacted the redness on her sacrum for which she was upgraded to an air alternating cushion. 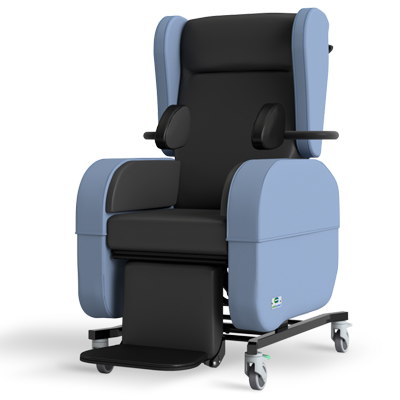 After the 12 week assessment period and as a result of non specialist seating being prescribed to Martha, she continued to present the same initial postural and pressure challenges as she did at the start, such as, the pelvic obliquity remained, she still sat in a sacral position, she slid forward in her chair, had redness on her sacrum and communicated pain and discomfort.